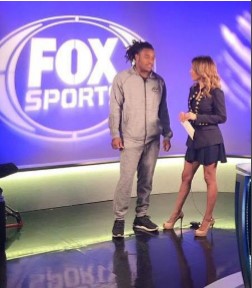 Kavita Channe is a sports and entertainment TV host and producer, TV personality, entrepreneur, philanthropist and mother who has successfully broken barriers for women and minorities in both media and television. In addition to her accomplishments in the sports, entertainment and business, she has lent herself to many charitable organizations and is a sought-after speaker and influencer.

A London native with ancestry from India, Kavita moved to the US when she was 5 years old, bringing with her goals of creating, entertaining, and performing. Realizing early on that her natural talent and ever-growing opportunities were in front of the camera, she attended the University of Florida, earning a Bachelor’s of Science Degree in Journalism, Telecommunications and Business.

Leading up to her impressive career, Channe launched The Procurer, a luxury celebrity concierge and marketing firm in 2007. Shortly after she was asked by a client to regularly interview celebs on the red carpet of his Miami venue. This led to entertainment jobs, which evolved into the national sports broadcasting, celebrity hosting, and entertainment opportunities she still has today. 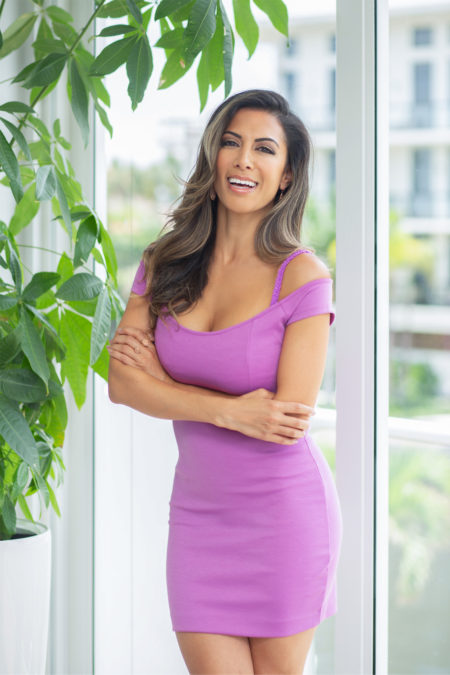 In 2011, Kavita created her own YouTube channel, 1stDownNDirty. With over 1.6 million views, she interviewed athletes and took viewers behind the scenes of the sports world. That led to an offer by Fox Sports in 2012 to cover nationally-aired high school football games along with Florida Panthers broadcasts. Channe was also producing and hosting The CWs VIP TV covering all things sports and celebrity in Florida.

By 2014, she had been recruited by the Jacksonville Jaguars to be their sideline reporter and was also added as a host on the all-female daily talk show The Chat on ABC and NBC in Jacksonville. Channe then went on to become the grid-side reporter for NPLG’s GRID (the world’s first co-ed professional sport) as well as cage-side for Titan FC on UFC.

Not only had she become a respected voice in the sports industry, being featured on Mantalk Radio, Fox Sports and many other radio programs nationally, Channe produced and hosted her own “Kavita Channe Special”, going one-on-one with sports stars airing on VIP TV on The CW.

Beyond sports broadcasting and journalism, Kavita has appeared on television in HBO’s Ballers, the Fox reality TV show, Paradise Hotel, and VH1’s Baller Wives.  She also worked as a featured correspondent in Designing Spaces on TLC.  Kavita has also held roles in feature films, namely Broke: The New American Dream, CHECKPOST, and her latest endeavor, Dependence, set to be released later this year.

Channe brings a dynamic energy to her many memorable speaking engagements, bringing her talents to the United States, South Africa, Singapore, and beyond. She also frequently partners with nonprofits to lend her voice to reputable organization including the Cystic Fibrosis Foundation, American Heart Association, Miami Diaper Bank, American Red Cross, and United Way, just to name a few.

In the fall of 2017, Kavita launched Channé Rosé, a new rosé wine inspired by her travels in Provence. She was extremely hands-on in the process from conceptualization to the final product. Together with an award-winning winemaker, Kavita was able to create a dry, crisp and clean wine that pairs well with a multitude of dishes. Channé Rosé is sold on premise in Florida and Georgia as well as online. During this same time, Kavita gave birth to her daughter, Magical Micah, and soon after was asked was asked to grace the cover of Mother & Baby India with a 7-page spread about her experience with motherhood and business. Going back to her Indian roots, this was truly an honor for her and her family.

Kavita Channe brings diversity to an industry with her array of talents. Whether on the sidelines reporting for an NFL football team, wowing an audience of a morning talk show, or using her entrepreneurial skills to bring a new product to market, she is constantly using her talents to create new and exciting paths for her already inspiring career.  There is no telling where her determination and drive will take her, but in quoting her own words, “I do not feel that I chose my career…it chose me.” If her past is any indication, Kavita Channe has only scratched the surface.

“IF PEOPLE AREN’T LAUGHING AT YOUR DREAMS THEN YOU’RE NOT DREAMING BIG ENOUGH."

From the sidelines to the red carpet, Channe’s interviewees include 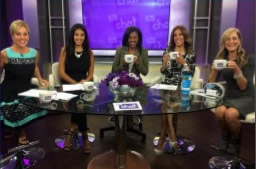 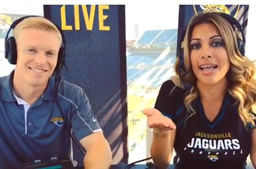 “THE SECRET OF GETTING AHEAD IS GETTING STARTED.”

Channe has had the opportunity to be featured in a number of TV, indie and feature films including:

Channe has been a speaker at events around the world including: